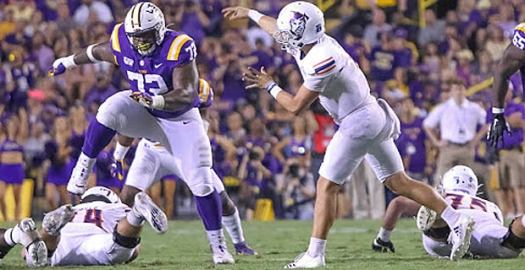 Tyler Shelvin emerged as one of LSU’s best big men in the defensive trench last season. Now, the junior from Lafayette has a target on his back heading into 2020.Several NFL analysts project Shelvin as a first-round selection in the next draft after his emergence during the national championship campaign. Athlon Sports sees a big year for him too, labeling Shelvin one of its 15 breakout players in its college football magazine.